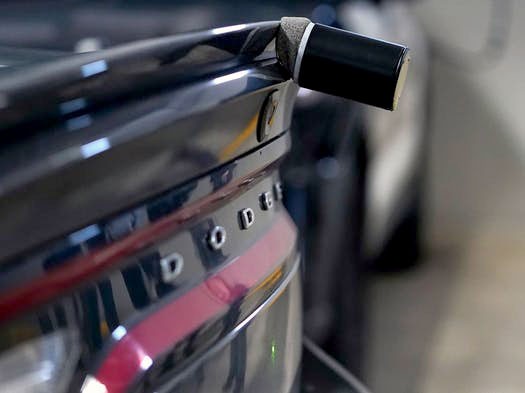 Maplewood (Minnesota) police officers know they can initiate a high-speed chase only when the driver is suspected of a violent crime and lives are at stake.

Many of the bad guys know that, too.

“In my 20 years in law enforcement, I have never seen this many suspects fleeing from police,” Maplewood Police Chief Brian Bierdeman said.

Maplewood is now among the first law enforcement agencies in Minnesota investing in GPS tracking technology called StarChase, which allows officers to tag and track stolen vehicles and apprehend suspects without a dangerous high-speed pursuit.

“We are looking for alternatives to pursuits other than saying, ‘We can’t pursue.’ We want to hold people accountable,” Bierdeman said, acknowledging the public’s frustration with rising vehicle thefts.

Four departments in the state — Maplewood, Roseville and Brooklyn Center police and the Ramsey County Sheriff’s Office — are using state Department of Commerce grants to install vehicle-mounted GPS launchers on some of their squad cars.

“It’s not a exaggeration: We have several vehicles flee from our police officers every single week,” Roseville Deputy Chief Joe Adams said. “In Roseville, we are continuing to leverage technology to increase public safety.”

A cylinder with a GPS tracker about the size of an aspirin bottle is launched using air pressure from the front of the police squad car and adheres to the back of the fleeing vehicle using magnets and a sticky adhesive. Officers and dispatchers then can track the vehicle and make an arrest when it’s safe.

As of Tuesday morning, no department has deployed them yet, but Ramsey County Undersheriff Mike Martin said they’re ready. The Sheriff’s Office, which provides police service for seven suburbs, has a more nuanced chase policy, but Martin said public safety is always a top priority.

“We believe there is a need to get violent offenders and auto thieves off the street,” he said. “We want to do it in a way that is safe and in a way that we can avoid high-speed pursuits.”

The dangers of chases

Police chases in the Twin Cities, Minnesota have ended in tragedy.

In September 2021, two teen passengers, Marcoz Paramo, 14, and Alyjah Thomas, 15, were killed after a teen driving a stolen car refused to stop for Ramsey County Sheriff’s deputies and crashed in St. Paul. The teen driver was later charged with criminal vehicular homicide.

Last summer, Leneal Frazier, 40, was killed when a Minneapolis police squad car struck his vehicle during a high-speed chase. The officer was charged in that case.

All four departments using StarChase are working to make sure the new technology complies with state law.

Minnesota state statute requires the vehicle’s owner give consent to track their vehicle.

Maplewood police and the Ramsey County Sheriff’s Office are asking owners’ permission to track their stolen vehicles. Roseville and Brooklyn Center are still drafting their policies.

The Sheriff’s Office is also seeking a change to state statute that would allow law enforcement to track stolen vehicles for 24 hours without consent from the owners.
State Rep. Kelly Moller, DFL-Shoreview, is carrying the bill.

The four departments are buying the technology from StarChase, a Virginia-based company, that partners with law enforcement in 28 states. StarChase is currently working with about a handful of Minnesota law enforcement agencies.

“Why wouldn’t we want to use technology to slow things down, take a step back, lower the adrenaline and make a safe arrest that doesn’t compromise public safety or risk the life of the mom coming home from work?” said StarChase owner and founder Trevor Fischbach.

Local police and Fischbach said this isn’t just about recovering stolen property more quickly. Stolen vehicles are often used in other crimes, including carjackings and robberies.

“Auto theft and carjackings lead to millions of dollars in losses and traumatic incidents for victims. They also lead to higher insurance premiums,” Martin said in an e-mail.

The collateral damage and potential injuries from police chases are also causing financial problems for communities across the country, Fischbach said.

Jay Stanley, a senior policy analyst with the ACLU‘s Speech, Privacy and Technology Project, said the technology doesn’t pose a problem so long as it’s used when an officer has the equivalent of probable cause of wrongdoing and does not have time to get a warrant.

The tracker also needs to be removed once authorities find the stolen vehicle. Stanley, who first gave his opinion on StarChase in 2014, said it hasn’t changed in the past eight years.

“I have not heard of any civil liberty issues with that technology,” Stanley said.

Maplewood is spending about $35,000 of its $204,000 grant on StarChase, according to City Council documents. The grant also helps pay for a dedicated auto theft investigator.

Roseville is spending about $38,000 on StarChase.

Mayor Marylee Abrams of Maplewood, Minnesota said she supports the technology and promised it will be regulated and monitored.

“With the marked increase in carjackings and stolen vehicles, law enforcement needs to find new tools to deter crime while adding safety features to protect the public,” Abrams said.