A hi-tech gadget that can be launched from a law enforcement cruiser to track stolen cars and wanted suspects now being used by the Franklin County Sheriff’s Office to prevent high-speed pursuits.

“It’s a little James Bond,” said Franklin County Sheriff’s Deputy Chief Jim Gilbert, as he talked about the “Star Chase” system, that fires adhesive tracking devices onto cars that have fled the scene.

“This is just one tool, an additional tool for deputies and supervisors, to utilize to serve the public and keep the motoring public safe,” said Gilbert.

Deputies are able to launch a device from behind the wheel of their cruiser, which then attaches itself to a car being pursued by law enforcement, allowing authorities to end the pursuit and track the vehicle’s location.

“We don’t want the criminal element to know how it works,” said Gilbert, “but rest assured deputies have been trained on it.”

The Sheriff’s Office is able to make its first arrest a few weeks ago using the crime-fighting tool.

Donald William Johnson, 20 was arrested on March 9th, after a deputy initiated the star chase system, during a pursuit with the suspect.

“He was able to deploy star chase,” said Gilbert, “providing us enough time to back off and allow technology take its course, and we were able to locate the vehicle.”

Deputies also able to locate Johnson and take him into custody after charging him with several felonies including burglary.

The Sheriff’s Office not saying how many devices are on cruisers, but there are enough to cover the entire county.

Gilbert says the Sheriff began looking into getting equipment like this after pursuit policies were changed several years ago when several chases ended in crashes.

Money from the Sheriff’s drug seizure fund being used to pay for the equipment.

Gilbert says he’s already received calls from several law enforcement agencies around the state asking about how the devices work.

If the equipment proves to be successful, more devices could hit the streets next year. 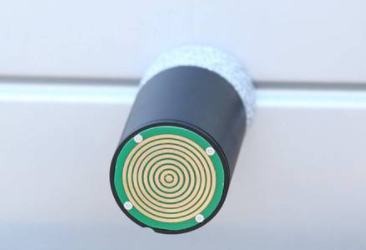