Reckless driver gets into shootout with police after high speed chase 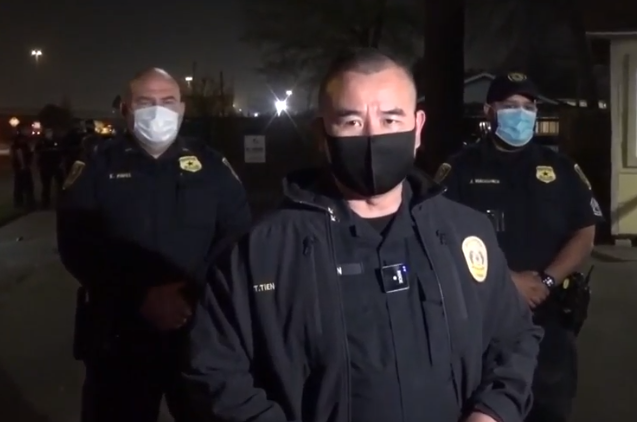 HOUSTON – A crazy driver, a highspeed chase ending in a crash, a shootout with police and eventually an arrest – through all this, only one officer was injured by breaking glass. And police tell us that injury is minor.

It all started around 1:40 a.m. on the 3500 block of the East Freeway near North Wayside Drive. Police watched as a driver in a dark colored BMW broke numerous traffic laws; just driving like a madman.

Officers tried to pull the car over, but the driver took off and police began chasing him. The chase didn’t last long as the driver smashed into a pole. The accident left the car badly damaged and unable to move.