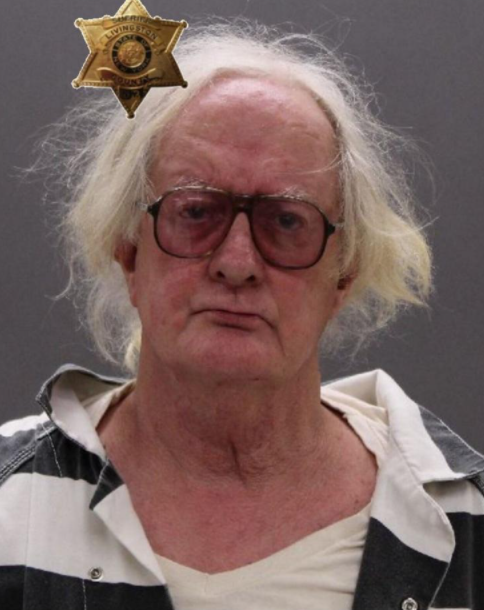 By The LCN Staff – thelcn.com

A Rochester man is facing a driving while intoxicated charge following a pursuit on Interstate 390 in which the pursuing sheriff’s deputy deployed a GPS tracking dart on the vehicle, reports the Livingston County Sheriff’s Office.

Deputy Justin Hilt, while assigned to the Sheriff’s Office STOP DWI Unit, responded Jan. 8 to a civilian complaint of a vehicle reported to be all over the road while traveling north on Interstate 390. The deputy located the vehicle and after observing violations of state Vehicle and Traffic Law activated the patrol vehicle’s emergency lights and siren to initiate a traffic stop, the Sheriff’s Office said.

The Deputy did activate and deploy the patrol vehicle’s equipped Star Chase unit, which is a projectile GPS dart that launches from the front of the patrol vehicle and sticks to the rear of the subject vehicle, which can then be tracked on a mapping program.

Following the Star Chase deployment and dart striking the rear of the vehicle, the operator did immediately pull over, the Sheriff’s Office said.

The deputy suspected that Hoffmann was under the influence of alcohol, at which point the deputy began a DWI investigation. At the conclusion of the roadside investigation, which included the performance of standardized field sobriety tests, Hoffmann was taken into custody for DWI.

A person is considered legally drunk in New York State with a BAC of .08 percent or more.

Hoffmann was turned over to Central Booking Deputies at Livingston County Jail for processing and pre-arraignment detention. The offenses did qualify for arraignment as the judge can invoke driving restrictions, however, the judge cannot set bail under the state Justice Reform Act.

The Livingston County Sheriff’s Office was in 2017 the first law enforcement agency in New York State to begin using StarChase.

The StarChase system is designed to attach a GPS tracker on the back of fleeing vehicles, removing the need for deputies to continue in risky, high-speed chases in order to bring a suspect in. Instead, they shoot a small hockey puck-like cylinder out of launcher mounted on the front of their cruiser. The puck, through a combination of high-grade adhesive and a powerful magnet, latches onto the back of the suspect vehicle and begins transmitting its signal. Deputies can then end the pursuit, wait until the suspect vehicle comes to a stop and then, using the puck’s GPS tracking feature, move in for the arrest.

“This allows the deputy to back off, the offender to continue on and the speed to slow down and when they ultimately come to a stop you take them into custody,” Livingston County Sheriff Thomas Dougherty said in a March 2017 interview talking about the technology. “That’s where we see the benefit of it.”

GPS information is also relayed to dispatchers at the Livingston County Emergency Communications Center, who can relay directions to deputies on the front lines.