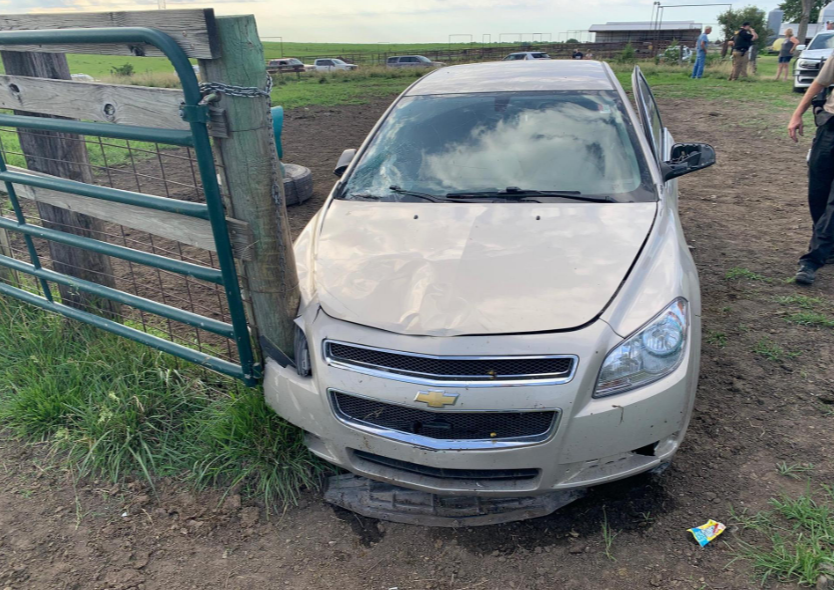 Authorities arrested two people and seized methamphetamine and marijuana Saturday after a chase in which a fleeing car struck a cow and a fence post in a corral, said Jackson County Sheriff Tim Morse.

The cow suffered two broken legs and was expected to be euthanized, he said.