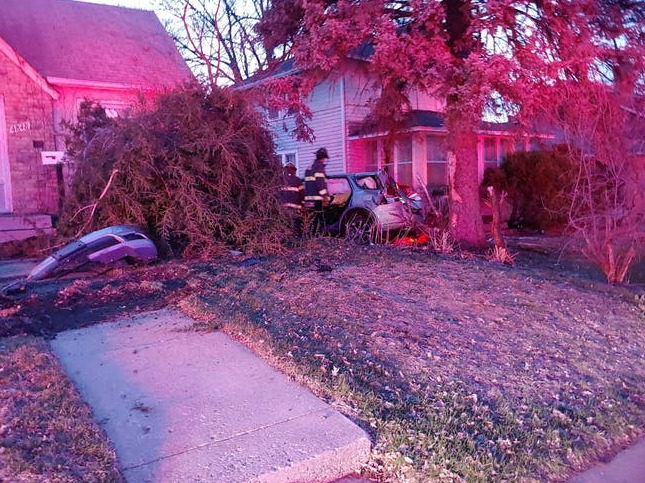 Edina and Minneapolis police gathered at the scene of a crash that followed an Edina police pursuit Thursday night near 49th Street and Xerxes Avenue in Minneapolis.

Two robbery suspects were arrested Thursday night after they crashed their vehicle in Minneapolis’ Fulton neighborhood after a dramatic police pursuit north from Edina.

The chase began after a robbery was reported at a CVS pharmacy at 6905 S. York Av. in Edina, police said. Edina police pursued the vehicle north into Minneapolis, where it crashed after taking out a fire hydrant and two trees in yards near the intersection of 49th Street and S. Xerxes Avenue. The crash was reported about 8:15 p.m.

Residents raced out of their houses after hearing the crash and found Edina officers with guns drawn surrounding the car. Several Minneapolis police cars also rushed to the scene to assist.

The two suspects were taken from the car and arrested. They did not appear to have suffered serious injuries.