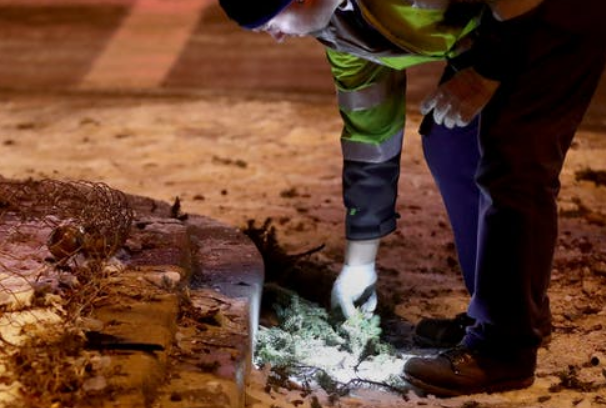 The new strategy was on full display after the theft of an SUV in downtown Minneapolis on Monday night.

A man was getting into his SUV in downtown Minneapolis Monday night when a suspect slid past him into the driver’s seat, slammed the door shut and drove off.

According to scanner traffic, the man called 911 and police quickly located the vehicle, which was equipped with OnStar GPS tracking.

But instead of initiating a high-speed pursuit, police squads kept their distance as they followed the GMC Acadia to avoid startling the suspect and causing him to speed away — setting off a drawn-out game of cat-and-mouse with the stolen SUV that wound through neighborhoods south of downtown, as officers constantly “pinged” its location.

There was a time not long ago when police might have chased the suspect with lights and sirens blazing, but their new approach relies more on tradecraft than horsepower. Last summer, Minneapolis joined the growing ranks of law enforcement agencies that are limiting pursuits of vehicles that are stolen or involved in other crimes.

“We will utilize technology any time that we can to bring pursuit to an end,” said Minneapolis police spokesman John Elder. “We understand the public safety threats any time there is a pursuit.”

The department overhauled its pursuit policy last summer after years of criticism and lawsuits over deaths or injuries involving police chases. Officers are now barred from going after fleeing suspects who haven’t committed or are about to commit “a serious and violent felony or gross misdemeanor.”

Experts say that new technologies, including license plate readers and tagging devices like StarChase, have made it easier to track criminals from a safe distance, without putting bystanders or officers at risk.

Despite the more restrictive policy, the number of police pursuits actually rose slightly, from 160 in 2018 to 166 last year, according to statistics reported to the state Bureau of Criminal Apprehension.

In Monday’s incident, police responded to a 911 call from a man who said his SUV had been taken about 11 p.m., according to partial audio of the dispatch call posted online. Over roughly the next half-hour, officers used the Acadia’s GPS system to track the vehicle as it reached the area of E. 28th Street and Nicollet Avenue, before turning north onto W. 26th Avenue.

Even after the driver blew through a red light, officers hung back, but stayed on the phone with OnStar, asking its representatives to shut off the engine, according to scanner audio. They were told that the system could only slow the vehicle to 5 mph, but couldn’t completely disable it.

When police finally caught up to the stolen vehicle, the driver bailed out and led officers on a brief foot chase near Stevens Square Park, according to scanner traffic. Officers arrested someone a short time later.

Despite advances in technology that have made vehicles harder to steal, auto theft has risen in each of the past four years.

So far this year, 903 cars, trucks and SUVs have been stolen across the city — nearly twice as many thefts as in the same period last year. That puts Minneapolis on pace to end the year with the highest number of auto thefts since at least 2015, the most recent year for which reliable data are available.

Police previously said that about two-thirds of the thefts occur in the 3rd and 4th police precincts, which cover the north and southeast parts of the city.

Under the department’s revamped chase policy, officers can no longer pursue stolen vehicles in most situations. But the new guidelines can draw frustration from officers, as evident in a pursuit through north Minneapolis in December that was quickly called off for safety reasons.

“Yeah, it doesn’t look like he’s gonna stop for us tonight, so we’re not gonna pursue,” the officer could be heard telling dispatchers. “We’re gonna move on to something else.“